Being a Texas knitter is tough. Nine months out of the year it’s either hot, very hot, or so hot I want to bathe in a bathtub of ice cubes and stay there until January. Since I like to knit with natural materials–wool, alpaca, cashmere–this means that nine months of the year I have a pile of very warm material sitting in my lap.

Ah, but it’s those other three months of the year that are glorious. Daytime temps in the 60’s or 70’s, shorts and sandals in December, and lots and lots of knitting in the evenings.

Forget the shorts and sandals this winter. It’s been COLD, like the-coldest-winter-I-can-ever-remember COLD here in Dallas. The warm little pile of wool in my lap has actually served a purpose this winter–and that’s a good thing.

After a run of chunky wool scarves and cowls, and maybe because it was a new year, I wanted to try something different. Thinking ahead to spring, I found some beautiful, shiny, soft bamboo and silk yarn that looked like it would glide right through my fingers. It did alright, but it was a shock after all the chunky wools.

I decided to start with the plum yarn. Some type of light, airy, lacy pattern called out to be knitted in this deeply beautiful color. I cast on, knit a few rows in the somewhat complicated pattern, only to get distracted by something on TV. I made a mistake. No problem, I’ll just unravel a bit and fix it.

Easier said than done. This is the first time I’ve ever knit with a bamboo/silk blend and have discovered that beauty comes at a price. Unraveling and fixing small mistakes turned out to be a painstaking endeavor since the stitches on such slippery yarn were very difficult to pick back up. If I didn’t pay attention, the stitches would disappear three rows deep. With such a complicated pattern–lots of K2togs, YOs, and K1tbls–it was impossible to not get confused.

I’m stubborn. After FIVE episodes of ripping everything out and starting all over again, I switched to an easier pattern. Lots of repetition and only two repeating rows. I do have my limits.

Just like all those old new year’s resolutions I never kept, I’m still making the same old mistakes when I knit.

That’s okay. I’m already planning my next bamboo/silk scarf in a light stone color. Now that I’m an expert with bamboo/silk yarns (ha!) maybe I’ll make it a little more complicated–and leave the TV turned off.

Here are two more photos of the scarves I knit for my son, Nicolas, and my son-in-law, Kevin.

The holiday season has been a blur, with the kids home, our annual Christmas lights Run from our house, and Christmas dinner with extended family, also in our home. I somehow managed to fit in some knitting, but it wasn’t easy.

After the gray cowl with small squares was purchased, which was the scarf my daughter had her eye on as a Christmas present for her husband, I decided to knit another one for him in the same pattern. Knowing he had an upcoming birthday ski trip to Jackson Hole, I decided to use a thicker, warmer, roving wool for the scarf.

Then I decided to knit another one, in a different pattern, for my son, who works outdoors. This time I used a reversible wavy line pattern, which has a checkered box pattern on the other side.

They were a hit with both guys. I especially like that the scarves are cowls, meaning they can simply double them up around their necks for maximum warmth.

And the girls like that they can borrow them whenever they want and still look stylish!

We ended the year with a beautiful, fun New Year’s Eve wedding of some friends. It was freezing, and I wanted to wear one of my own warm, hand knit wraps, but none of them matched my dress. I’ll have to make sure I work on something for 2014!

Hopefully your holiday season wasn’t quite as hectic as mine, but if it was, I hope it was as much fun as ours. Here’s wishing you and yours a very Happy New Year!

What started as a dream years ago has finally become a reality. Sometimes it takes something life changing to kick you in the rear and make you realize that life is too short to sit around waiting for things to happen. You have to make them happen yourself.

I’ve sold six pieces in the past week, which makes me happy. Selling something I’ve knit to someone I know appreciates the value of a handmade item, and knowing it will be well taken care of, is such a rush. It’s what keeps me knitting. Well, that, and the fact that I just plain love to knit. 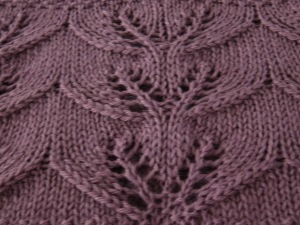 On Saturday my husband and I visited a local market. It was my first time there, and I was amazed at the variety–and quality–of handmade goods that were being sold. Of course, I also scoped out how many knitters were there (only one, with a few hats for sell) and I thought about having my own booth there next year.

The next day, as we were walking close to our home, which is located a block from a trendy street with lots of bars, shops, and restaurants, I wondered why we couldn’t have our own local market. How awesome would it be to walk a few blocks from my home on an early Saturday morning and sell my knitting?

I love buying local and try to do as much of it as I can. Of course it costs a little more, but so many of us seem to be so obsessed with having MORE, that we surround ourselves with a house full of cheap, low quality stuff. I’d rather pay a little more for something that’s made to last (i.e. handmade), and made locally, rather than something that’s mass produced on the other side of the world.